Michael Thomas learnt to dive at the age of 14 on the island of Gozo, Malta  thirty five years ago. On returning to the UK he managed to Join Alton BSAC and  became for a short time the youngest Dive Leader in the country. By 1993 he  had started on the then fledgling technical diving route. Became a member of  the Cave Diving Group in UK and in 1994 attended one of the first advanced Nitrox courses in the UK at Fort Bovisand In Devon.

Trimix diving followed in 1996 and several years of mid channel wreck diving  found him on several virgin wrecks. At the same time multiple caving and cave diving expeditions and exploration happened from the UK to France and onto the Bahamas.

Michael started work within the dive industry in 1995 with Uwatec the Swiss  dive computer company and was involved with the launch and training on the  Drager Atlantis Semi Closed Circuit Rebreather. Becoming a TDI instructor in 1996 training with Rob Palmer. He Taught on some of the first TDI SCR courses in UK, Malta and Palau.

In 2000 Michaelʼs primary focus turned to cave exploration and cave diving with  a few good wreck dives for good measure. Exploration in the Calaven de la Suobio in Herault region of France found over 2km of virgin cave and Palaeolithic human remains in the first diving section of the cave. Exploration in Greece found us diving into unknown cave with a dive base at nearly 500m below the entrance of Peleta cave in the Peloponnese.

More Rebreather diving continued when he made the switch to CCR using a  Classic Kiss, no courses were available at that time and the diver just got a box  of parts that you built into a CCR and started teaching yourself. After ten years  of diving a KIss he made the transition in 2012 with a course this time to an AP inspiration. He continues to dive, explore and teach on these units today.

Michael is also a associate member of the Cave Rescue team in the UK and  unfortunately or fortunately depending on how you look at it has been involved  in several large rescue operations in UK. Plus training exercises both in Uk and in Greece. He is also a Fellow of the Royal geographic society.

In 2016 he set up his own Technical diving training company and teaches mostly underground. His son Robert Thomas also a cave diver and instructor teaches open water and entry level technical diving plus assisting on the larger overhead  environment courses.

When not teaching Michael can still be found enjoying dives in caves and on  shipwrecks taking photos to share the underwater world to the topside.  When not underwater or underground Michael enjoys the mountains and research in his extensive library. 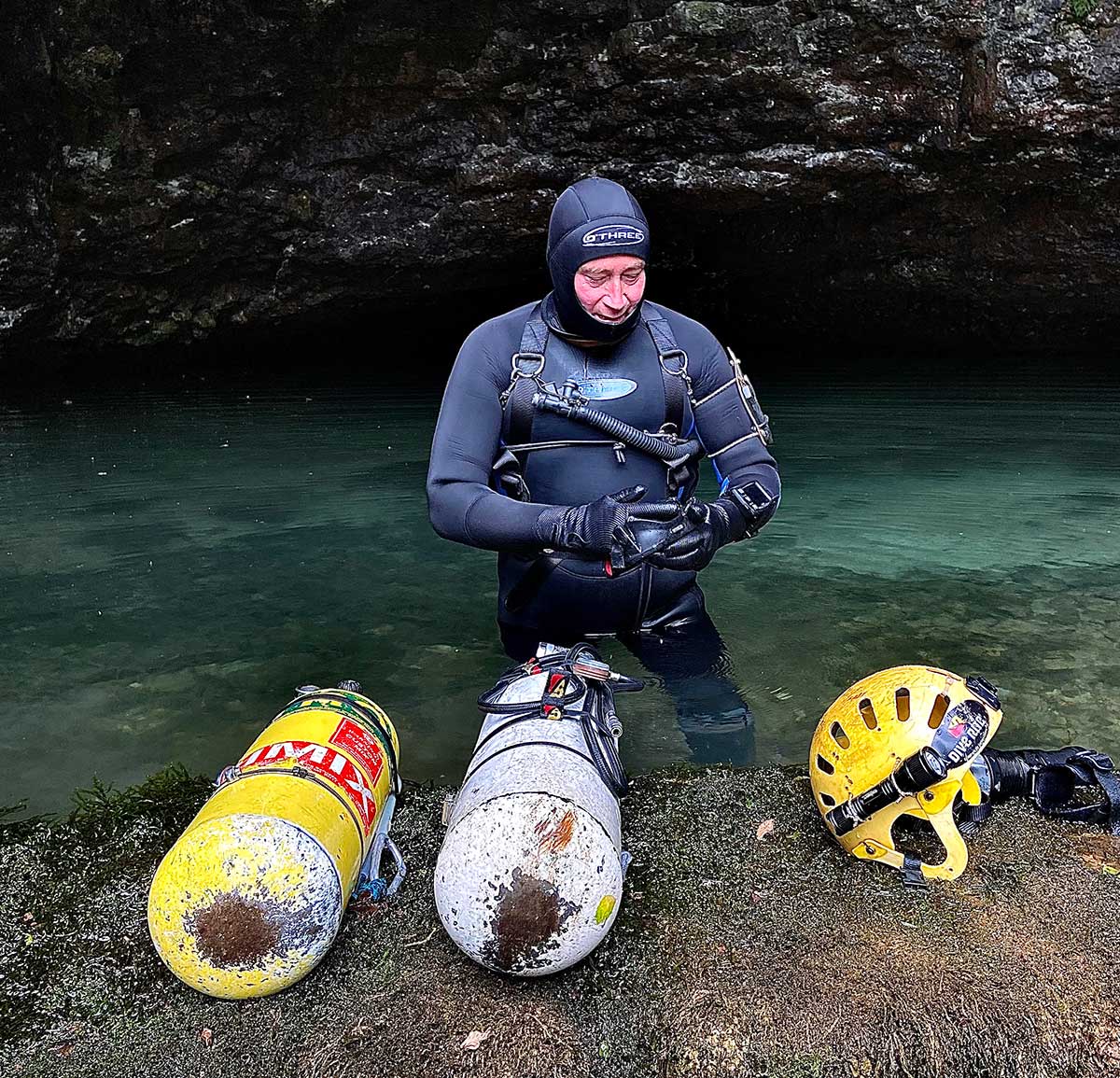 Many divers in todayʼs world will not contemplate entering the water without a  drysuit. For all of my working dives both teaching and guiding and my fun dives in large caves and on deeper shipwrecks, […]
Do you like it?
0 Read more